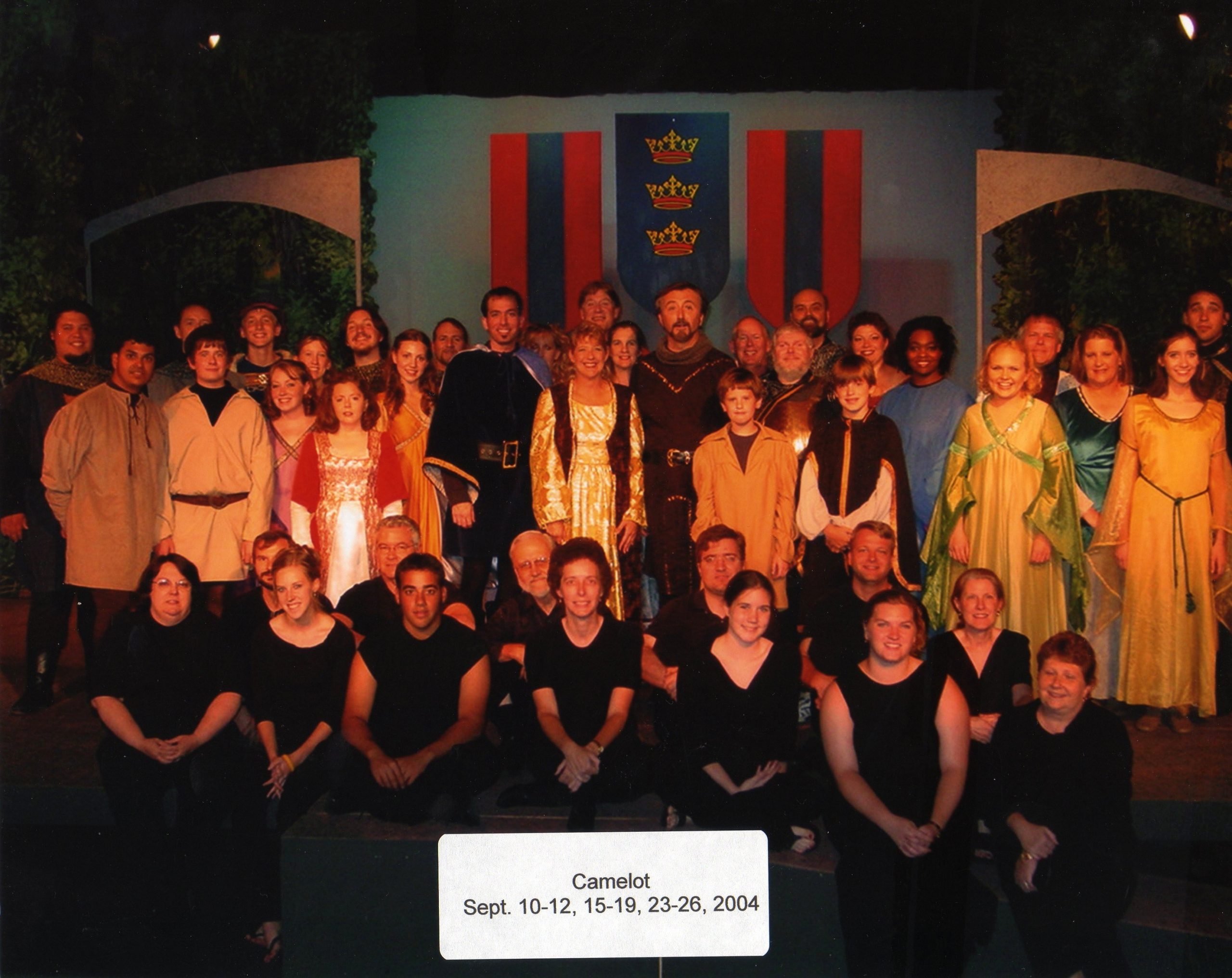 A nervous King Arthur tries to cajole Merlyn, his teacher, to tell him about Guenevere the future Queen. Merlyn knows the future, as he lives from the future into the present, growing younger instead of aging. Upon her arrival, Guenevere dodges the awaiting crowds. Arthur and Guenevere accidentally meet in the forest and are delighted to find they are charmed with each other. The wonderfully placid Camelot, where royal decree sets the tone, becomes the set for a story of love and chivalry.

The trusty Merlyn is lured away from Arthur by a spirit. Five years pass, and Arthur tries to follow the course of wisdom set for him by Merlyn. He creates a new philosophy, one that says might should be the weapon of right. He creates the Round Table, a new concept of chivalry, whose advocates will be charged with improving rather than destroying, with redressing past wrongs, and with aiding the oppressed. The table at which these knights will meet will be round so that no one man can take precedence by sitting at the head.

The word of this Round Table spreads to France where Lancelot heeds its call and arrives in Camelot. The queen and her party are engaged in a May day outing when Lancelot arrives. Everyone finds him pompous and disagreeable except Arthur. Pellinore, a comic old knight in rusty armor, delays his perpetual search for a rare beast, to stop with his old friend Arthur upon Guenevere’s invitation. Lancelot is challenged by Sir Dinadan, Sir Sagramore and Sir Lionel the three strongest knights. In The Jousts he defeats all three, and even miraculously brings Sir Lionel back to life after killing him. Lancelot finds that he has fallen in love with Guenevere.

Mordred, the evil son of Arthur, arrives and tries to dishonor the King. He mocks Arthur’s high ideals and tries to foster Guenevere’s love for Lancelot. Arthur becomes despondent, and Guenevere tries to cheer him. The knights begin to grow restless for the battles of old. Mordred orders Guenevere arrested and sentenced to burn at the stake. Guenevere and Lancelot escape to France, and Arthur declares war, but just before the fighting begins, he forgives them both. Arthur is sad and disillusioned when Tom, a boy about 14, appears and wants to join the Round Table. Arthur knights him, and sends him to tell the world of Camelot’s quest for right and honor and justice.

Book and Lyrics by Alan Jay Lerner, Music by Frederick Loewe, Original Production Directed and Staged by Moss Hart, Based on the novel The Once and Future King by T. H. White

The theme of the 82nd season was “Something to ‘C’.” The season showcased four classic revivals and one new production for Players. And all of the shows had the letter “C in the title. Opening the season was the revival of “Camelot,” which had first been performed in the 1974-1975 season. The show marked the return of Joe Penrod, as King Arthur, after a sixteen year absence. Two songs had been dropped from the show after its original Broadway run were reinserted for this production. While mentioning the length, the reviewer had nothing but praise for all aspects of the production.

In the “Camelot” program was the announcement of another gala that was titled “Divas & Desserts” The gala would have an opening reception followed dining and entertainment. Dessert presentations and additional entertainment followed by dancing. The gala would be held at the Radisson Hotel and Convention Center on October 22, 2004.

Assistant to the Director