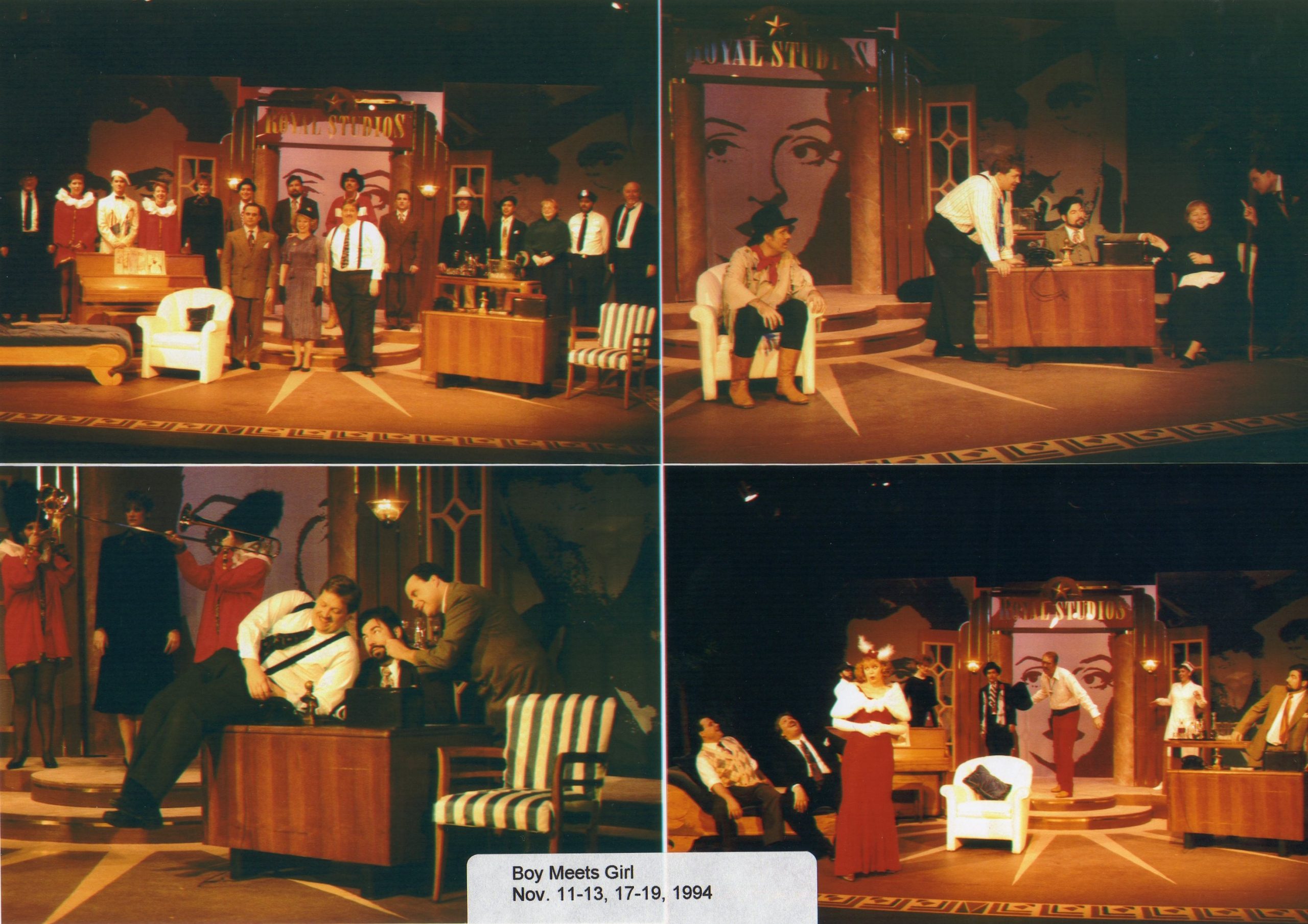 layed against a Hollywood background, “Boy Meets Girl” tells of a studio waitress who, coming into the office of a big-shot producer, announces she is going to have a baby. Two clever writers get the idea of starring the as – yet – unborn infant with Larry Toms, cowboy film hero. The clever boys who had the idea in the first place are done out of a managing contract. Bent on revenge, they do their utmost to discredit the infant by hiring someone to claim to be his father. The mother, however, marries the son of an English lord. The writers, on the point of ruin, put over a slick deal in a scene of hilarious comedy by engineering a questionable arrangement between their studio and big foreign studio.

The second production of the season was the 1930’s fast-paced, screwball-comedy “Boy Meets Girl.” The production required the creation of a film trailer of previews for a movie discussed by the characters. This politically incorrect classic comedy received high praise for the entire production. This zany, fast-paced comedy was an audience favorite.

In the program it was noted that the staff and board wanted to take the opportunity to acknowledge the passing of Mr. J.D.”Jack” Aldridge. Jack had been an actor, producer, singer, building trustee, and dear friend. Through Jack’s hard work, the current seating arrangement and new seats were added for the opening of the 1986-1987 season.