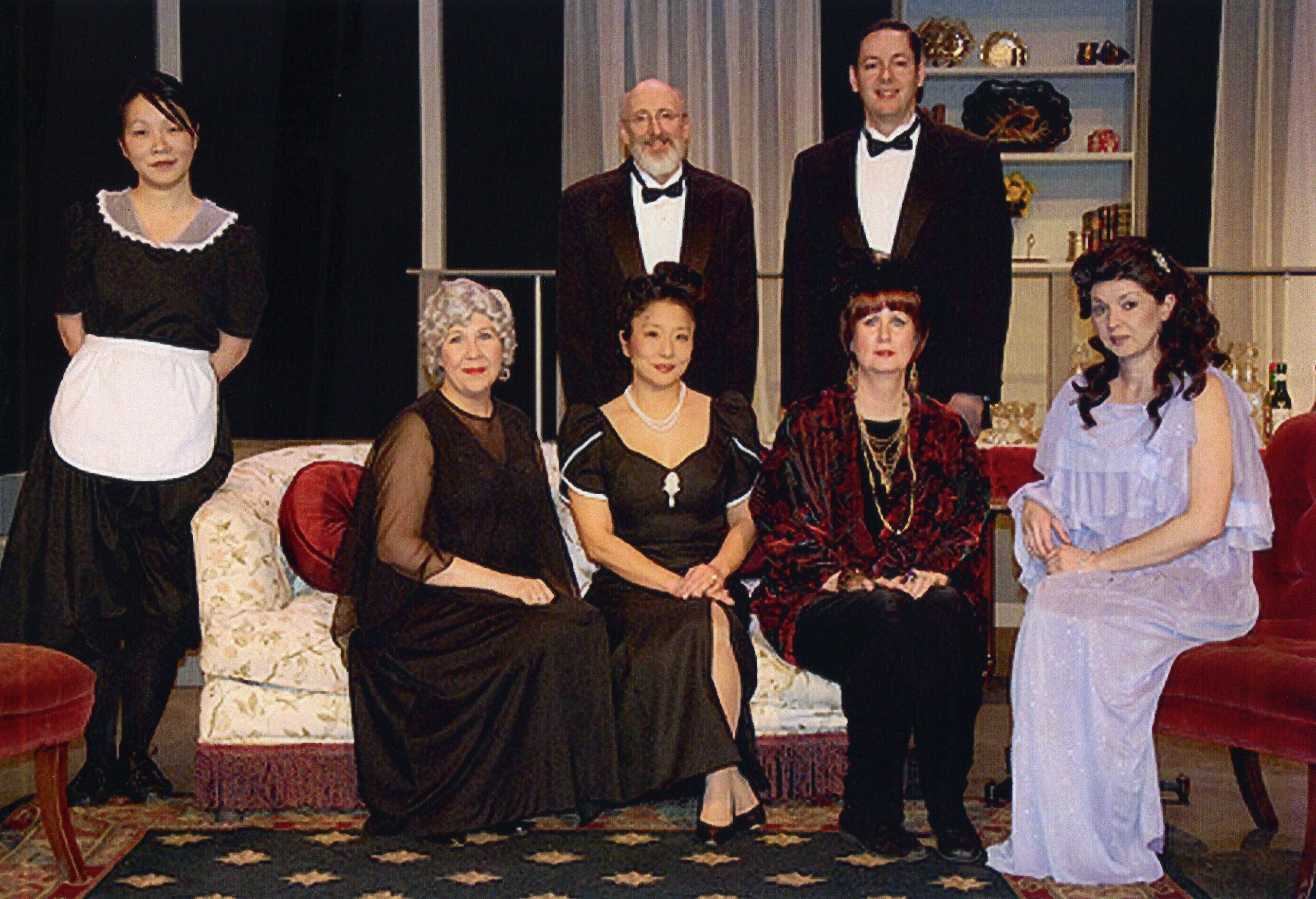 “Blithe Spirit” concerns socialite and novelist Charles Condomine, who invites the eccentric medium Madame Arcati to his house to conduct a seance, hoping to gather material for his next book. The scheme backfires when, following the seance, Charles is haunted by the ghost of his temperamental first wife, Elvira. Elvira makes continual attempts to disrupt Charles’s marriage to his second wife Ruth, who cannot see or hear the ghost. Things get really complicated when Charles enlists Madame Arcati to exercise Elvira!

This was the third time that Community Players had presented “Blithe Spirit.” The first time was in 1945, the second presentation was in 1989, and now in 2011. All three presentations were well received, and the show continues to be an audience favorite.