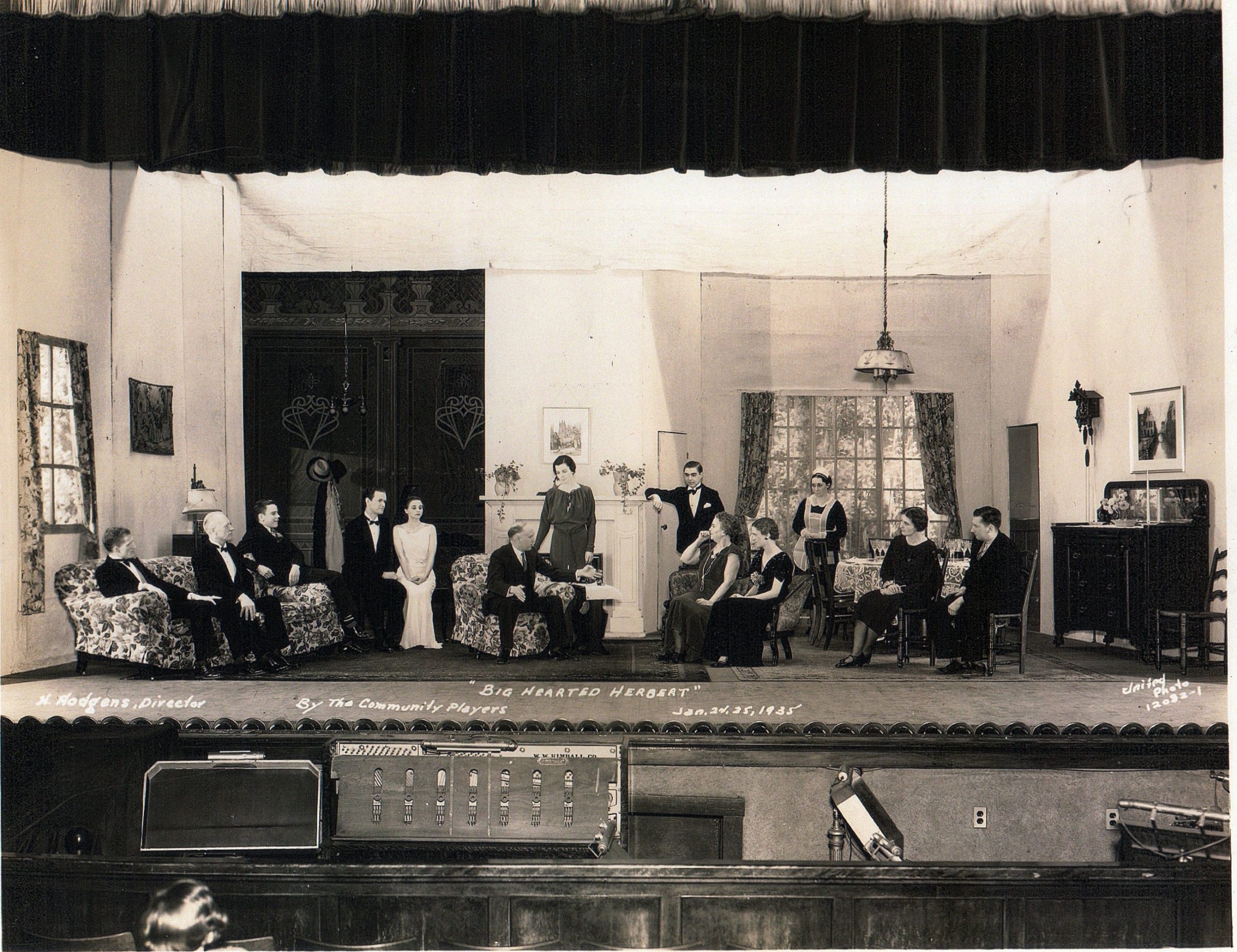 “Big Hearted Herbert” loves his family dearly, works hard to provide for them. He believes that his children should be raised as he was raised. He prides himself on being a plain man and imagines himself living plainly. His devoted and charming wife loves his virtues and works hard to smooth over his faults. At a dinner to celebrate his daughter’s engagement, Herbert throws quite a tantrum, which even his wife cannot smooth over. The next night, Herbert brings home his best customer and his wife for dinner to show them that he in fact lives plainly and is a plain man. The family has decided to teach Herbert a lesson, so everything is made extremely plain to the nth degree, from furniture to meals. In the final scene, Herbert realizes that he is not so plain, and that his life will be happier if he is more of a father living in the modern times and less of a tyrant.