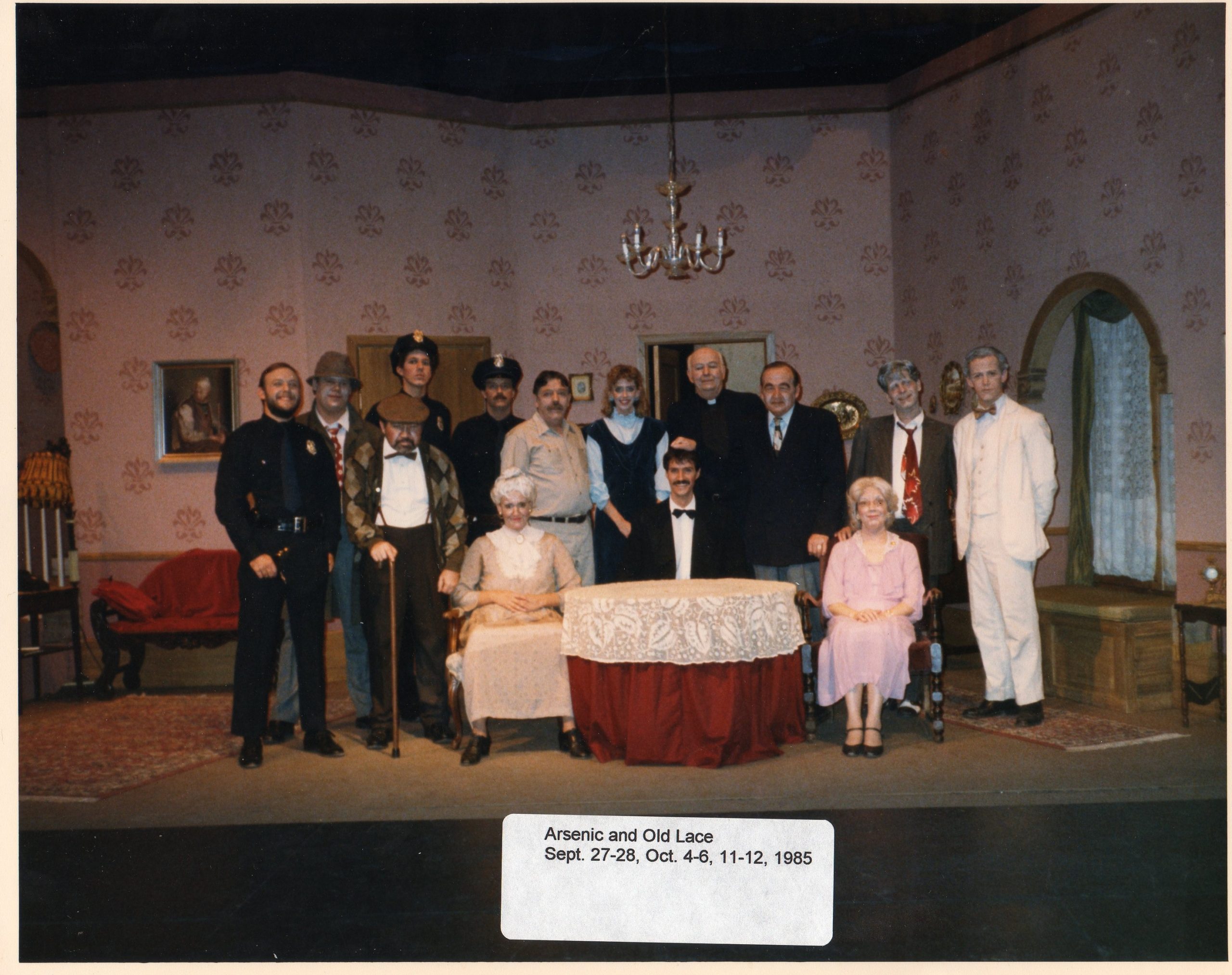 “Arsenic and Old Lace” is a farcical black comedy revolving around the Brewster family, descended from the “Mayflower,” but now composed of insane homicidal maniacs. The hero Mortimer Brewster is a drama critic who must deal with his crazy, homicidal family and local police in Brooklyn, NY, as he debates whether to go through with his recent promise to marry the woman he loves. His family includes two spinster aunts who have taken to murdering lonely old men by poisoning them with a glass of home-made elderberry wine laced with arsenic, strychnine, and “just a pinch” of cyanide; a brother who believes he is Theodore Roosevelt and digs locks for the Panama Canal in the cellar of the Brewster home (which then serve as graves for the aunts’ victims); and a murderous brother who has received plastic surgery performed by an alcoholic accomplice, Dr. Einstein (a character based on real-life gangland surgeon Joseph Moran) to conceal his identity and now looks like horror-film actor Boris Karloff (a self-referential joke, as the part was originally played on Broadway by Karloff).

The 1985-1986 season began with a revival of “Arsenic and Old Lace.” Players’ first production was during the 1942-1943 season. This show was successful with the audiences and the reviewer. The show make a nice profit to start a new season for Players. On a sad note, listed in the program in a special “In Memory” section were the names of C.E. Mulliken, C. Lee Rhodes, Ethel Gunn, and Coleen Hoose. These four people had done so many good things for the Players in their times. Mr. Mulliken who was a businessmen, actor, director, producer, board member and trustee. It was Mr. Mulliken’s unselfish work that made possible the Robinhood Lane Theater; Ethel Gunn who had been with Community Players from its inception, was an actor, director and board member; Mr. Rhodes was a civic leader and trustee for the Players during the 1960’s; and Coleen Hoose was actor, director, board member and scenic designer from the 1940’s through the 1960’s. Community Players was so very lucky to have had these four people give so freely of their wisdom, knowledge and their time. Their names would be in every program of the season.