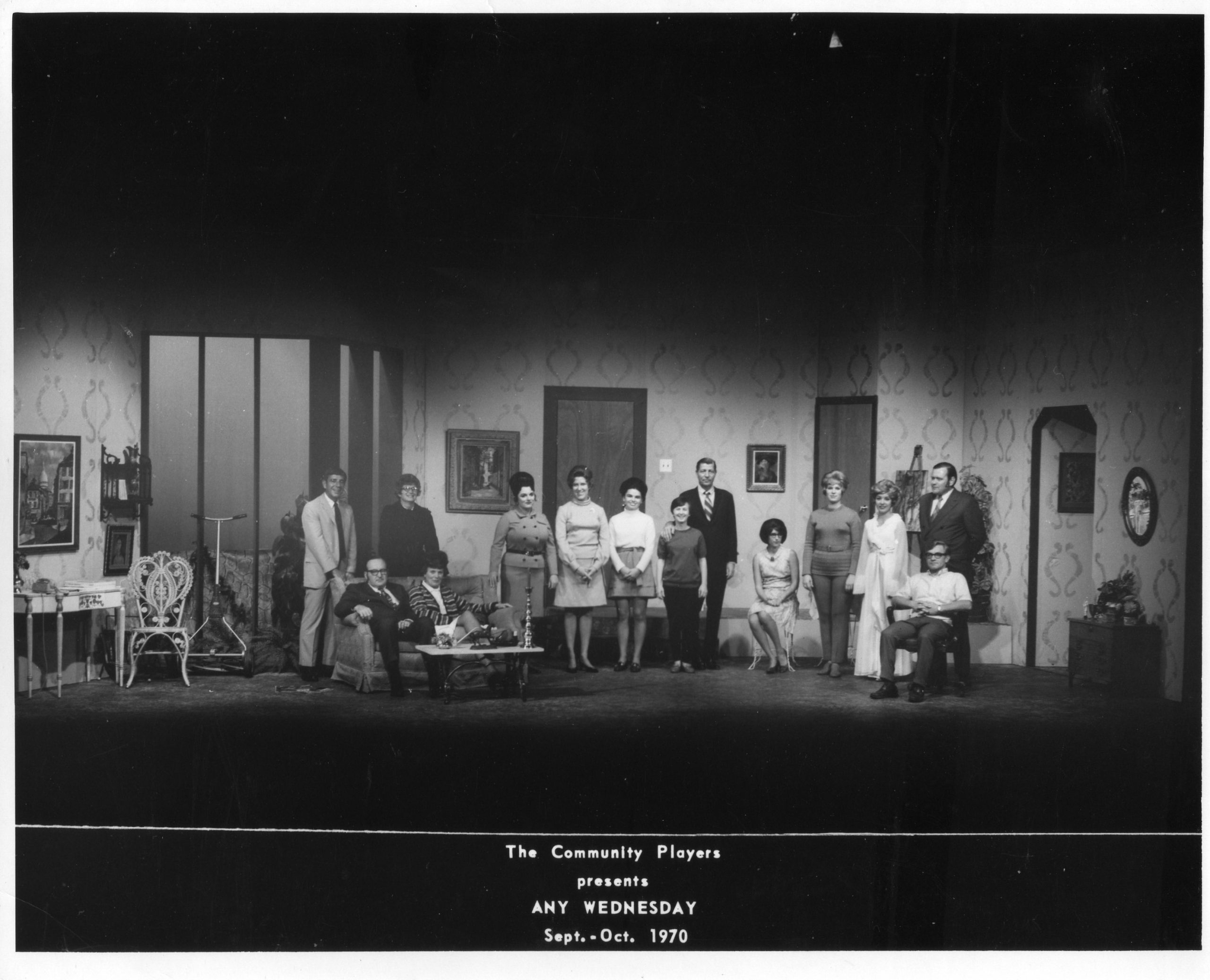 A married business tycoon visits his kooky mistress in an office-paid-for apartment every Wednesday. Complications ensue when an out-of-town manufacturer and the tycoon’s wife get sent to that same apartment.

As of October 5, 1970, only 1,321 season tickets had been sold. The projected number needed to have a profitable season was 1,7000. The cost of the season ticket was $8.00. A second season ticket mailing went out encouraging past patrons to buy season tickets. A number of the letters came back with hand written comments about the past three seasons as the reasons for their refusal to renewal season tickets. Many of the comments were about the content of the shows.

“Any Wednesday” was the directing debut of Tony Holloway. Tony had appeared on the Players stage for nearly ten years before taking up the director’s assignment.