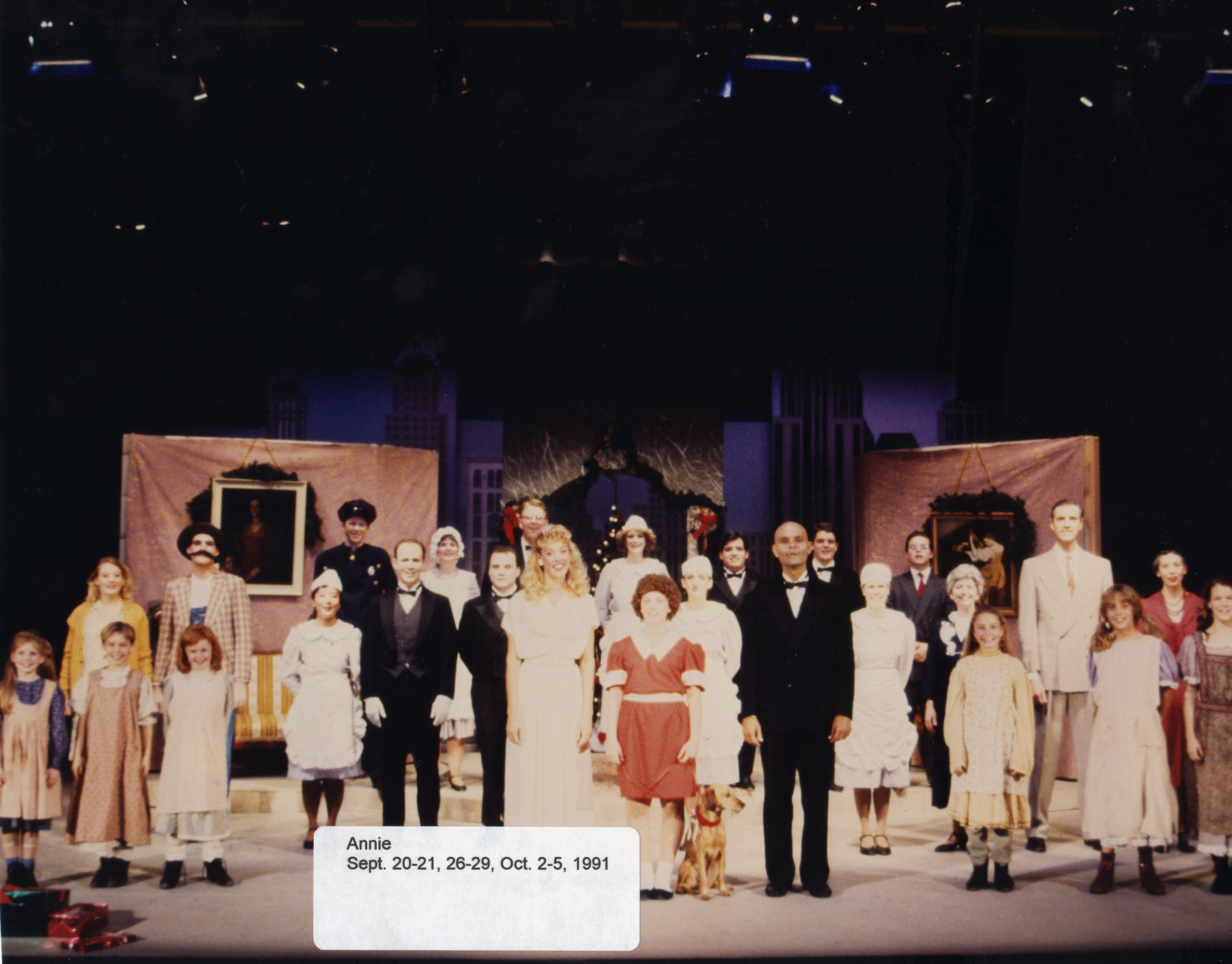 “Annie” takes place in 1933 during the depths of the Depression. Eleven year old Annie is living in the Municipal Orphanage on New York’s Lower East Side. Miss Hannifin, in charge of the orphanage, needs no lessons on being compared to the wicked witch of the West. Annie decides to escape and try to find her parents. Naturally this proves unsuccessful. However, Grace Farrell, secretary to the millionaire Oliver Warbucks is searching for an orphan that she might invite back to the Warbucks’ household to celebrate Christmas. Despite Warbucks’ initial disappointment that Grace has not found a boy, Oliver takes to her and institutes a nationwide search to try and find the little girl’s real parents. Miss Hannigan primes her brother Rooster and his girlfriend, Lily to claim Annie as their daughter and thus the reward that goes with the information. Meanwhile Annie is in Washington cheering up the president, Franklin D Roosevelt. Rooster and Lily turn up at the Warbucks’ and claim Annie and the reward. Grace, however, has seen Rooster at Miss Hannigan’s office and smells a rat. Subsequently the couple’s fraudulent claim is exposed – at the same time it is discovered that Annie’s parents had, in fact, died some time ago. Warbucks plans to adopt Annie and her fellow orphans are invited back to the Warbucks’ home to share in the festivities of Christmas – just as America looks forward to future prosperity in the wake of the depression.

The 69th season, themed “Something For Everyone” opened with Four Star and Six Star packages for season ticket options continuing for another season. The 69th Season was the first full season to see sign boards on the front of the building for each show. These signs, funded by the McLean County Arts Center and the Illinois Arts Council, were built by Gary Schwartz. These signs are still being used as of the 2014-2015 season.

This season Historian, Bruce Parrish also began the search for long lost materials documenting the history of the Community Players. The Pantagraph featured a front page article on the the Entertainment-Stepping Out section, from October 13, 1991. It was titled “History Mystery” with a photo article on his quest for the lost history of the Community Players. The search is still ongoing as every season adds more to be preserved.

The opening show of the 69th season was the ever-popular musical “Annie.” The corporate sponsor was radio station WIHN 96.7 FM. This production was an audience favorite.

A Star To Be