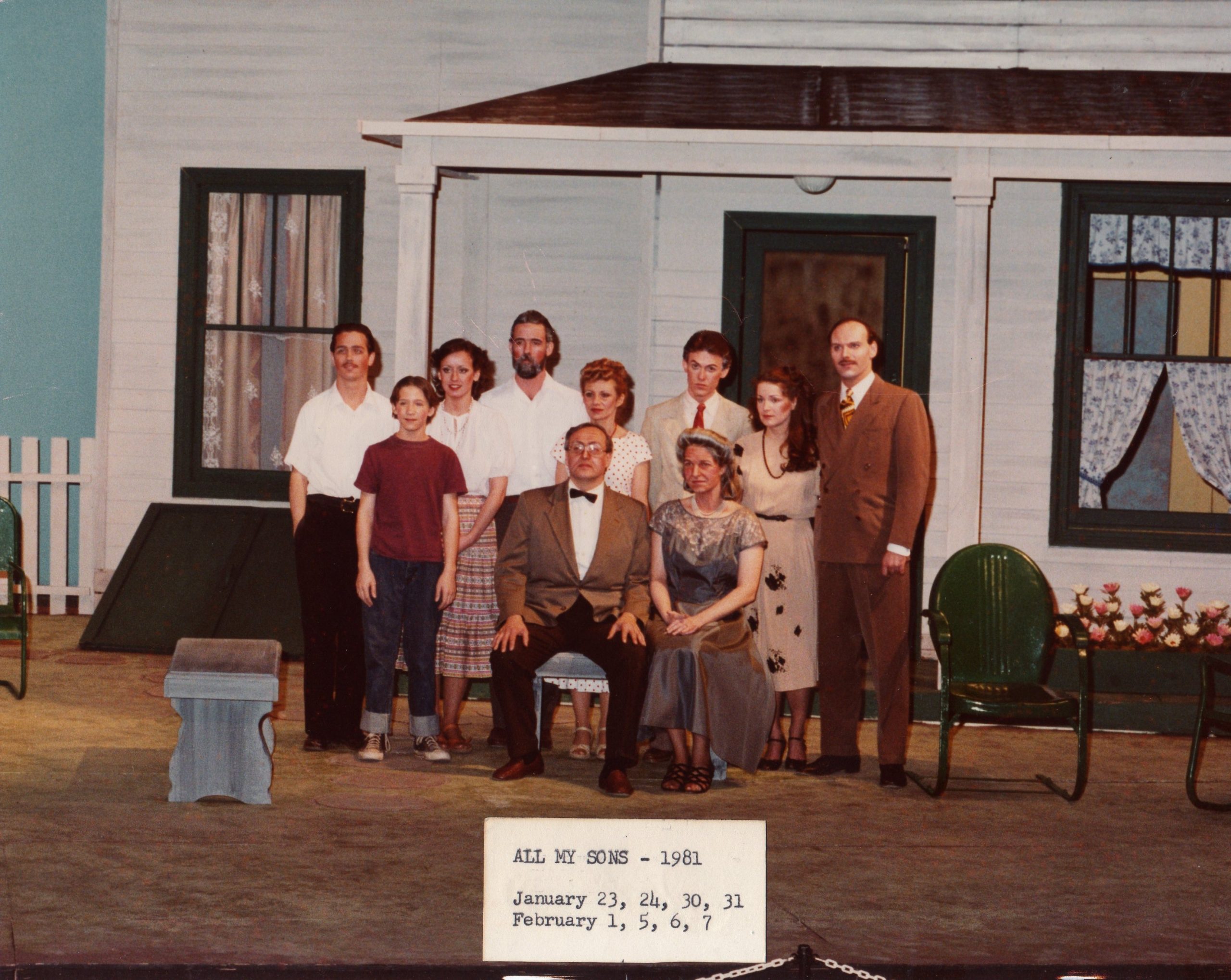 During the war, Joe Keller and Herbert Deever ran a machine shop which made airplane parts. Deever was sent to prison because the firm turned out defective parts, causing the deaths of many men. Keller went free and made a lot of money. The twin shadows of this catastrophe and the fact that the young Keller son was reported missing during the war dominate the action. The love affair of Chris Keller and Ann Deever and the bitterness of George Deever, returned from the war to find his father in prison and his father’s partner free, are set in a structure of almost unbearable power. The climax showing the reaction of a son to his guilty father is a fitting conclusion to a play that is electrifying in its intensity.

“All My Sons” was only the third time that an Arthur Miller drama had been performed at Players. The first was “Death of a Salesman” the show that opened the Robinhood Lane theater in 1962. The second was “The Crucible” in 1968. “All My Sons” was praised for the level of performance by the actors for this very heavy drama. The set was built such that the audience could see not only the action taking place in the back yard of the house and garage area, but also through the windows inside the kitchen of the house, and the bedroom where the tragic ending occurs.

For “All My Sons,” a painted poster was placed outside of the theater where today we see the current ‘Now Showing’ show sign. The sign displayed the title and dates of the show and the three colored stars had homes would place in their windows showing the status of family servicemen and women during World War II. In the “All My Sons” program was an announcement for the Third Annual Awards Banquet. The festivities would move from Illinois State University Ballroom to Central Station Restaurant on June 6, 1981.