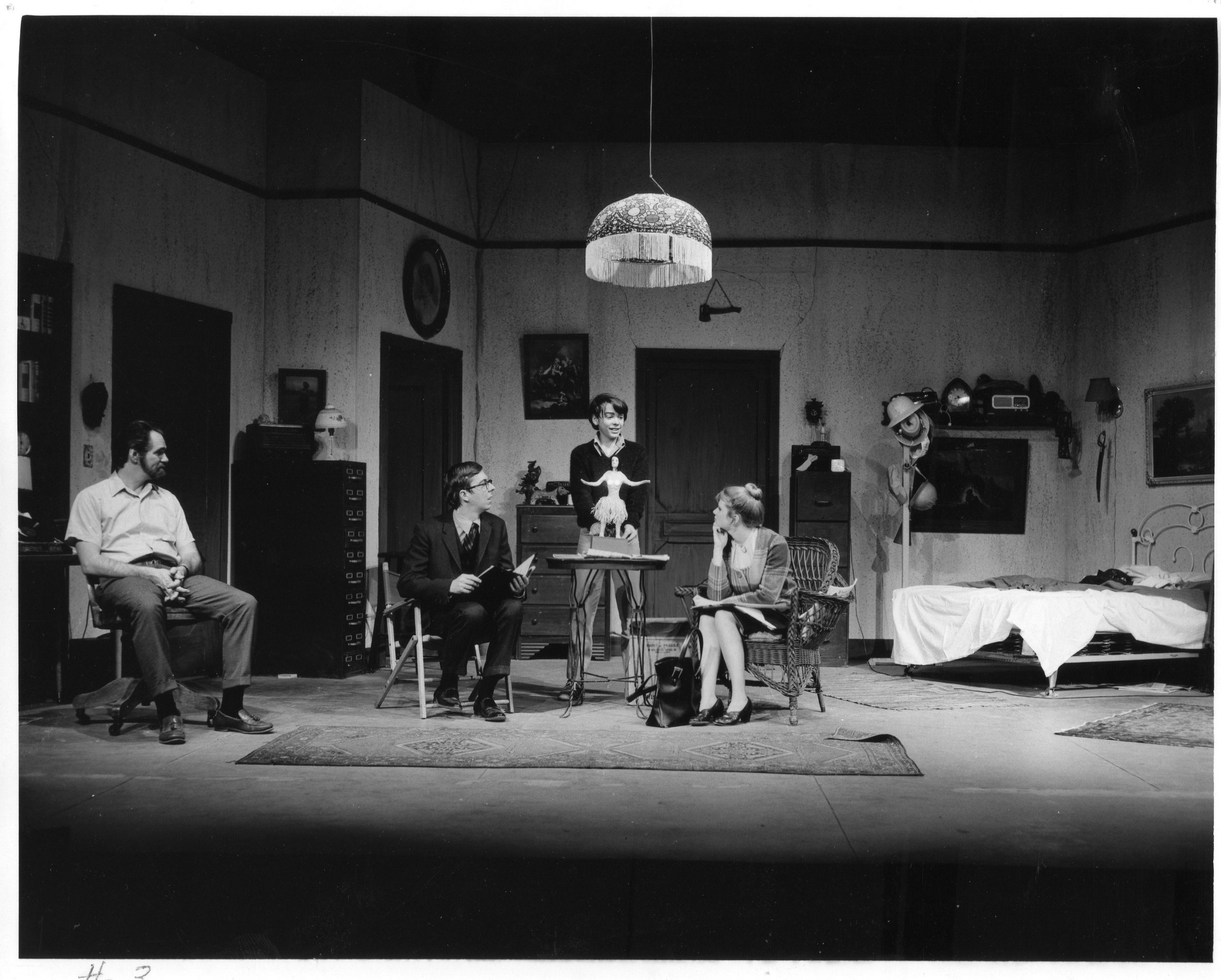 “A Thousand Clowns” tells the story of an unconventional Murray Burns, Uncle to the precocious Nick Burns. Tired of writing cheap comedy gags for children’s television star Leo Herman, also know as “Chipper the Chipmunk,” Murray finds himself unemployed with plenty of free time for his many pursuits. Lectured by his conventional brother, Arnold and hounded by ‘the system,’ Murray is paid a visit by bickering, uptight social workers, Sandra and Albert. Murray soon finds himself solving their problems as well as his own.

Playing the only female part in “A Thousand Clowns” was Illinois State University freshman Judith Ivey. After her graduation from Illinois State, Judith went to Chicago to work professionally in theatre and then in the early 1980’s went to New York. In 1983, and again in 1985, Judith won Tony Awards for Leading Actress in a Play. Judith continues to work in theatre, television and film. Judith was last seen on Broadway in “The Heiress” during the 2012-2013 Broadway Season.

Also at the opening night performance was invited guest, McLean Stevenson, who at the time co-starred in “The Doris Day Show.” MacLean Stevenson was a Bloomington-Normal native. His father was Dr. Edgar M. Stevenson who still lived in Bloomington-Normal area. MacLean would go on to co-star in “MASH,” the popular television series, and to win the 1973 Golden Globe Award for Best Supporting Actor in the show.