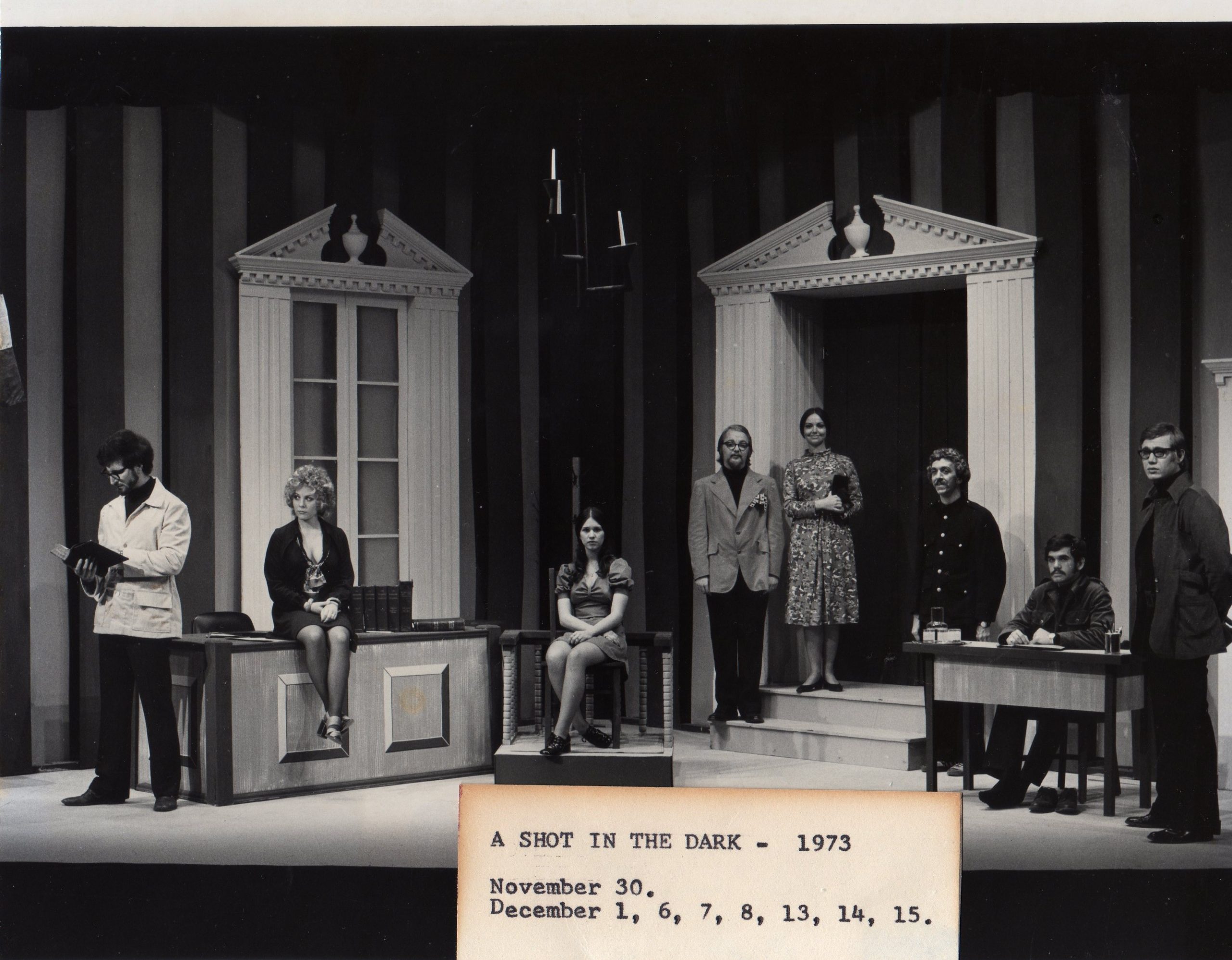 “A Shot in the Dark” tells the story of a maid, Josefa Lantenay, who is suspected of killing a chauffeur, and only a romantic magistrate, Paul Sevigne believes her innocence.

By the opening of “A Shot in the Dark,” all of the Players’ stock had been moved from the old shed that had been built on the South wall of the original structure into their new addition. For “A Shot in the Dark,” all of the photos with appropriate biographies had been placed back in the program, and new donor “Angels” names were listed. “A Shot in the Dark” received a rather cool review, with praise only for a couple of the actors. It was hoped by the reviewer that the show would improve during the next two weekends. This show had a new director, and with one exception, actors new to Community Players.