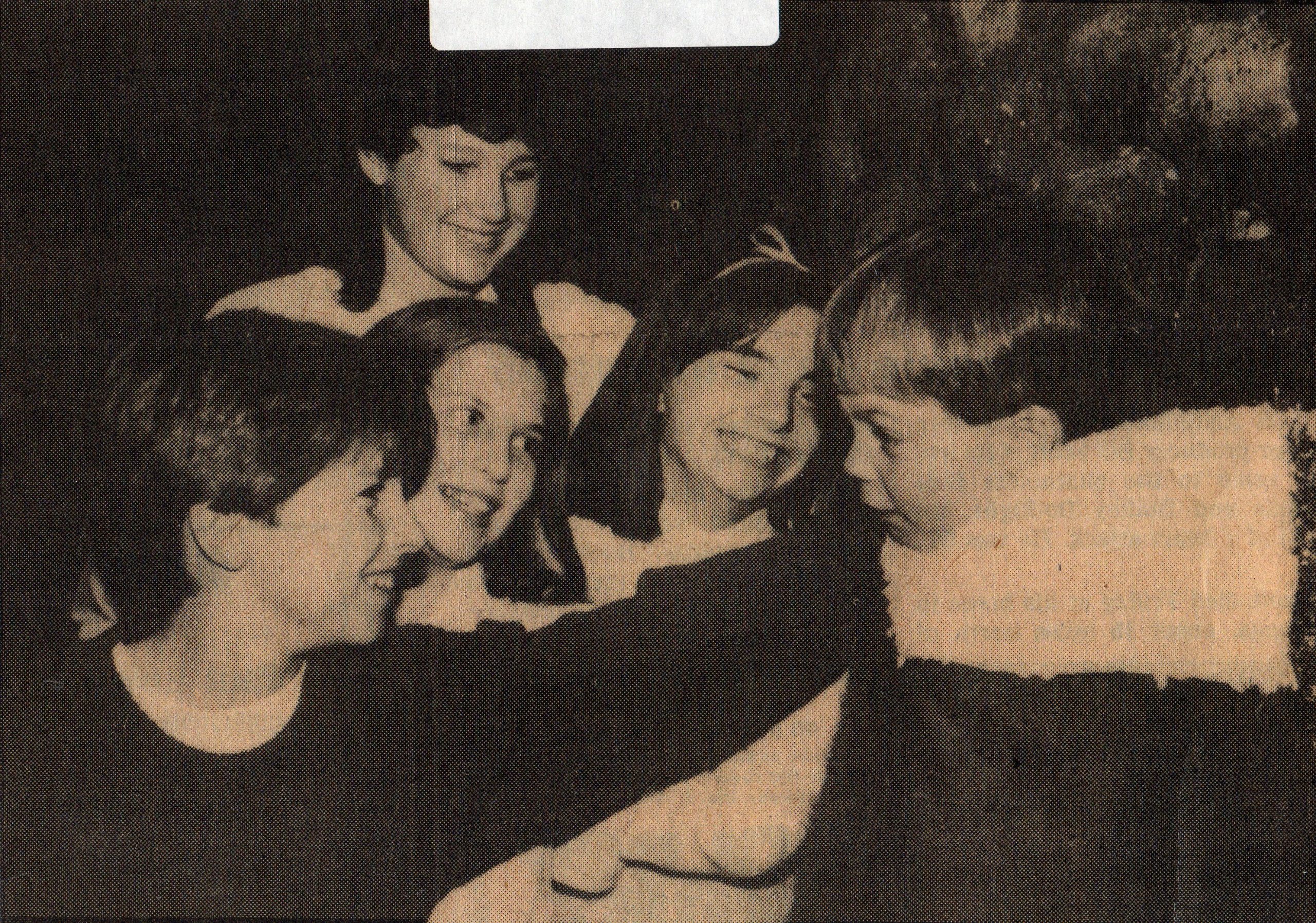 A Holiday on Robinhood Lane Production

Mom and Dad and the two kids portray Christmas scenes that are found in many households: Bickering children, tree lights that won’t work properly, and gifts that do not go together properly. Still the true Christmas spirit wins out after Dad reads the story of the first Christmas and the birth of Jesus Christ. All helped along with every Christmas song-type imaginable.

The second annual “Holiday on Robinhood Lane” production titled “A Little Christmas” was held December 5-8, 1985. The four-performance run closed out with a matinee. A cast of 35 performers made sure that the patrons were in the holiday mood by the time the group singing of carols took place at the end of each performance. The show was well-attended, well- reviewed, and profitable.

Also in December, a letter from Board of Directors President Bruce Parrish and Trustee President Jack Aldridge describing the “Buy-a-Seat” campaign requests for donations of $100.00 per person. The goal of $30,000.00 was set and at the point of the letter, half of the money had been raised. This letter was a call for support from Friends of Players and patrons. Along with the new seats, extensive remodeling was planned. This end of the year letter was designed to also offer any tax incentive the patron might want or need. A copy of the letter also was published in The Pantagraph.