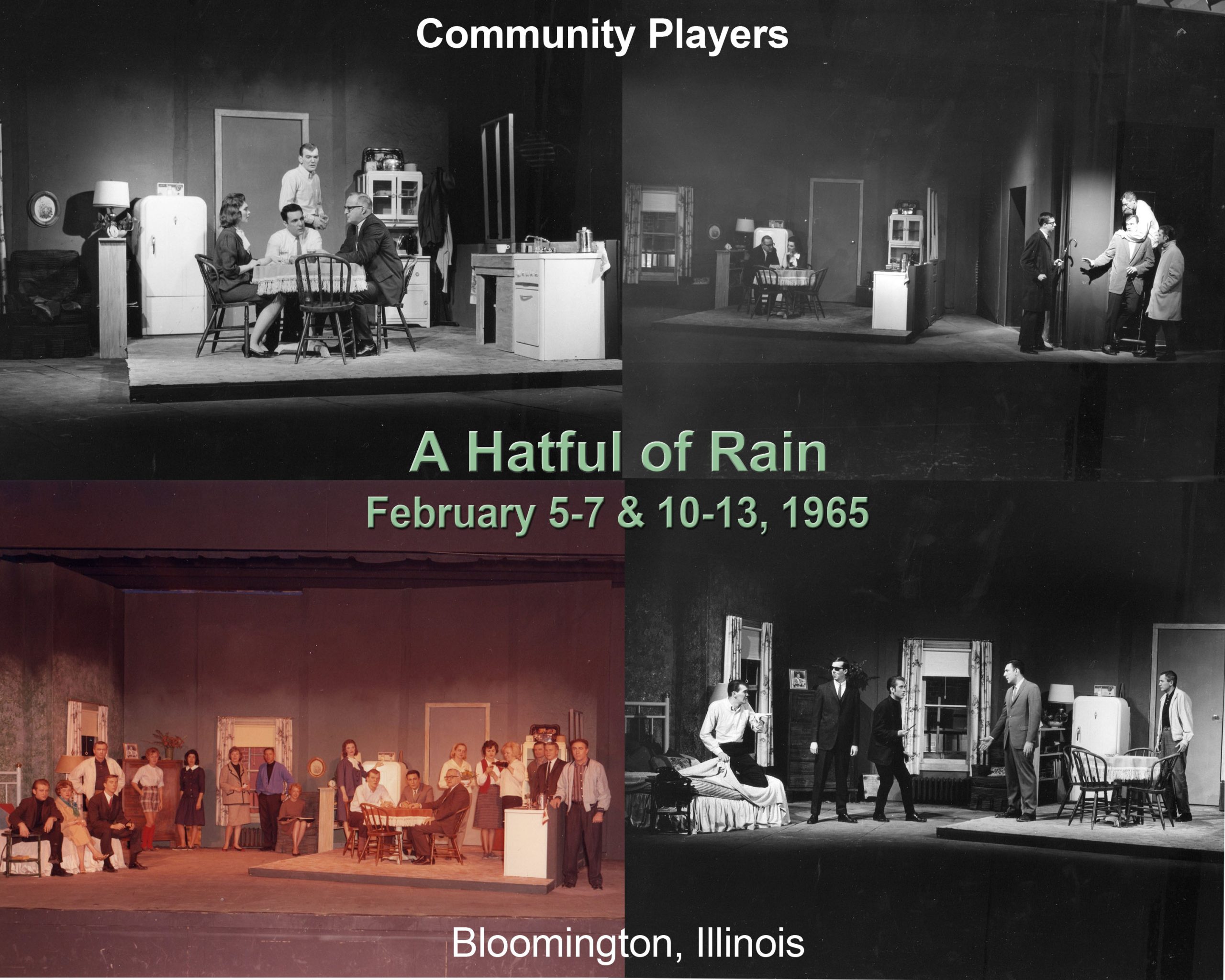 A Hatful of Rain

This striking drama of love and addiction broke new ground for the depiction of realism in the theatre. Celia and Johnny Pope live in a New York tenement with his brother “Polo.” As Johnny’s heroin addiction spirals out of control, Celia and Polo’s attraction and dependency grows.

“The Hatful of Rain” was one of the earliest and most successful dramas to openly deal with narcotics addiction and its effect on an individual, his family, and his job. This play was quite a switch from “Guys and Dolls,” which had opened the season. In a casting switch, Jerome and Nancy Mirza, real life husband and wife played brother-in-law and sister. Several actors usually known for lighter or comedic roles play the heavies in this play. Their actions added so much to the success of this difficult drama. Also of note, Players’ President Dick Anderson spoke to the audience about the new front curtains. The “punch bowl fund,” in which patrons donate for their intermission beverages, allowed Players to purchase these new curtains. The profits from this “punch fund” from this and future shows, would also help Players put a sign up on the west side of the building facing Towanda Street.