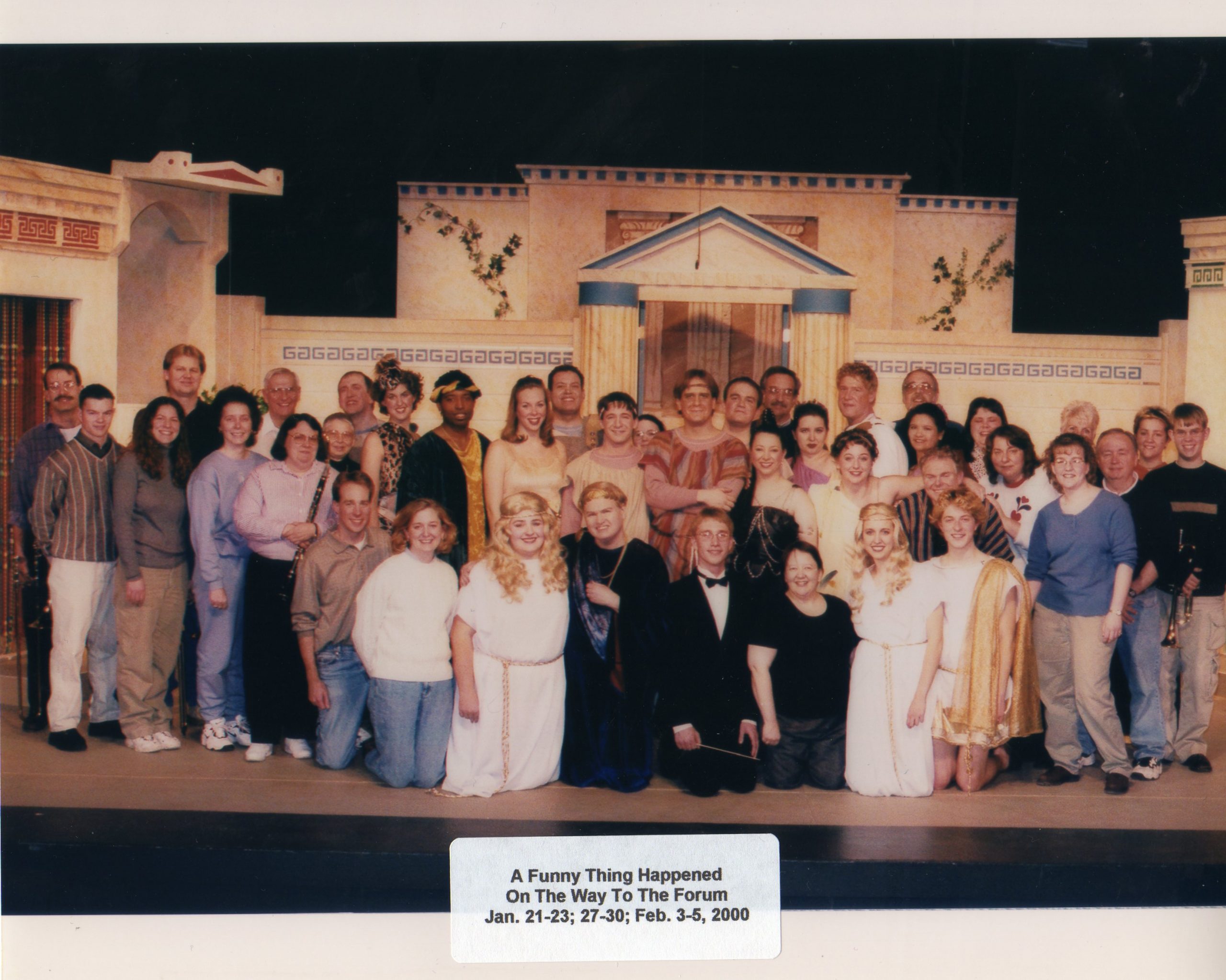 This musical is set in ancient Rome and follows a group of neighbors. In the middle is Senex who resides with his wife Domina, son Hero, and their slaves, including Pseudolus, who wants above anything else to be free. Next door is the house of Marcus Lycus, who spends his time buying and selling women, and on the other side is Erronius who is abroad searching for his stolen children.

The fourth show of the season, and the first show of 2000, was a revival of “A Funny Thing Happened On The Way To The Forum.” The show was first presented in the 1981-1982 season. One interesting and unique feature of the show was the opening number, “Comedy Tonight.” In a number filled with numerous outrageous slap-stick gags, the scenic designer, Gary Schwartz, designed the set to be put together and in place by the last notes of the opening number’s conclusion. The show was well-received by the audience and the reviewer. On a side note, Tony Holloway was to have played the old man, Erronius, abroad in search of his children, stolen by pirates. Sadly, during tech week, Tony was ill and unable to perform. Director, Bruce Parrish stepped in at the last moment to play the part.

In the “Forum” program was a special tribute to Chaunce Conklin, who passed away December 24, 1999. Written by his old friend, Tony Holloway, Chaunce was praised for being the consummate theatre “Star”-actor, singer, dancer, director and producer. Chaunce graced the professional stages across the county for many years before settling down in the Bloomington area. Chaunce’s contribution to Players was as the director for the musical “Show Boat” staged at what is today know as the BCPA or The Scottish Rite Temple in 1961. The proceeds from that production made possible the completion of the Robinhood Lane Theatre for Players. Chaunce had operated the Barn Theatre in Goodfield for the past twenty-five years. His partner Mary Simon continued to operate the Barn Theatre.