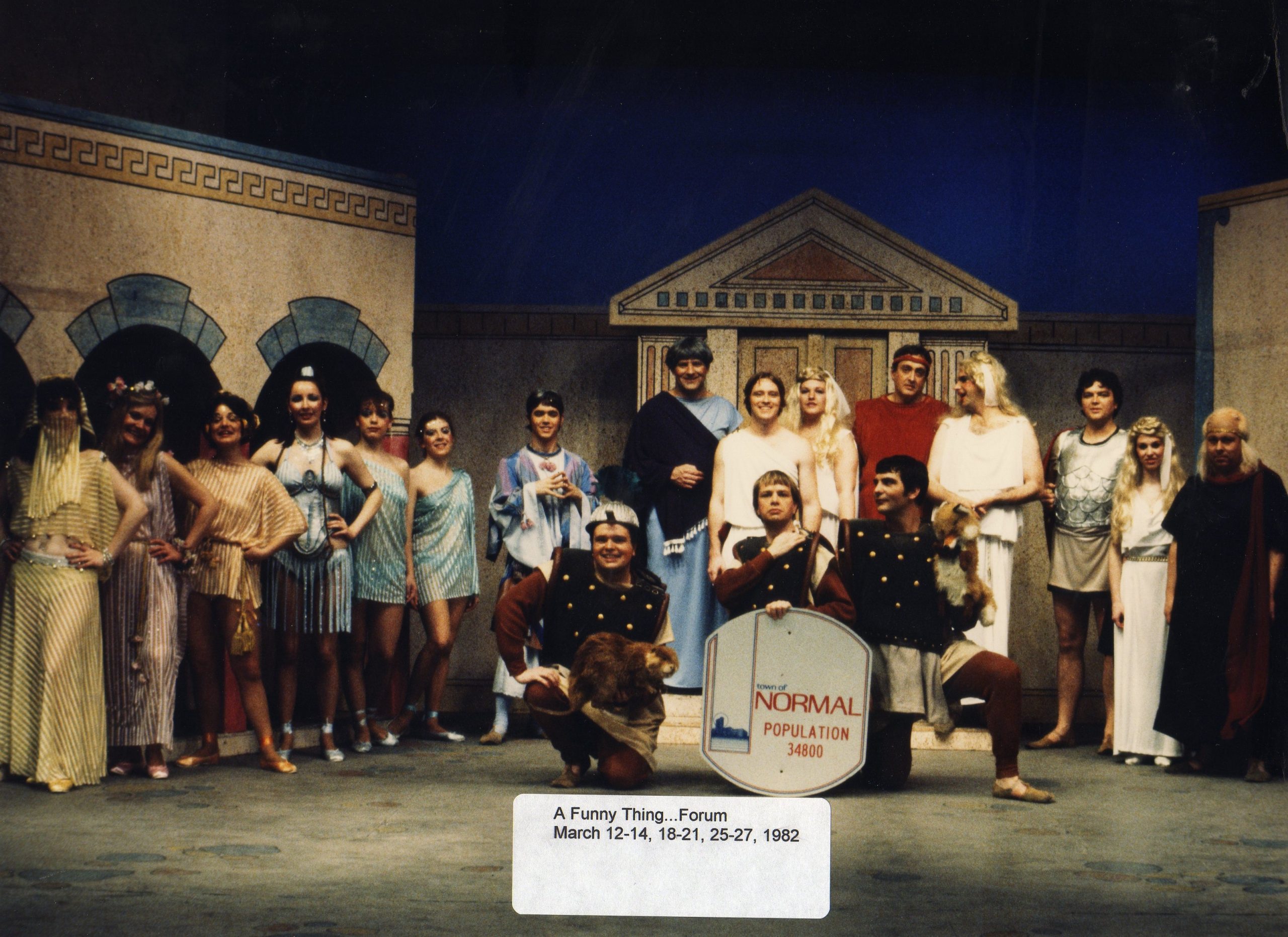 Stephen Sondheim’s joyous, musical romp through Ancient Rome has desperate lovers, scheming neighbors, and secrets behind every toga. Broadway’s greatest farce is light, fast-paced, witty, irreverent, and one of the funniest musicals ever written. “A Funny Thing Happened On The Way To The Forum” takes comedy back to its roots, combining situations from time-tested, 2000 year old comedies of Roman playwright Plautus with the infectious energy of classic vaudeville. “A Funny Thing Happened On The Way To The Forum” is a non-stop laugh-fest in which Pseudolus, a crafty slave, struggles to win the hand of a beautiful but slow-witted courtesan named Philia, for his young master, Hero, in exchange for freedom. The plot twists and turns with cases of mistaken identity, slamming doors, a fake funeral, a chase that involves the entire cast and a showgirl or two.

“A Funny Thing Happened On The Way To The Forum” featured Brad Kuchen as a first time musical director. One of the features of this production was the unique list of stage properties collected by Marsha Cremeens. Among the various and unique items included a real stuffed beaver, a Town of Normal sign, the hand of a leper, and various dressed animal puppets. “‘Forum’ kept the audiences laughing from start to finish,” read the review headline. This fast paced musical comedy was an audience favorite. The show would be revived by Community Players during the 1999-2000 season.