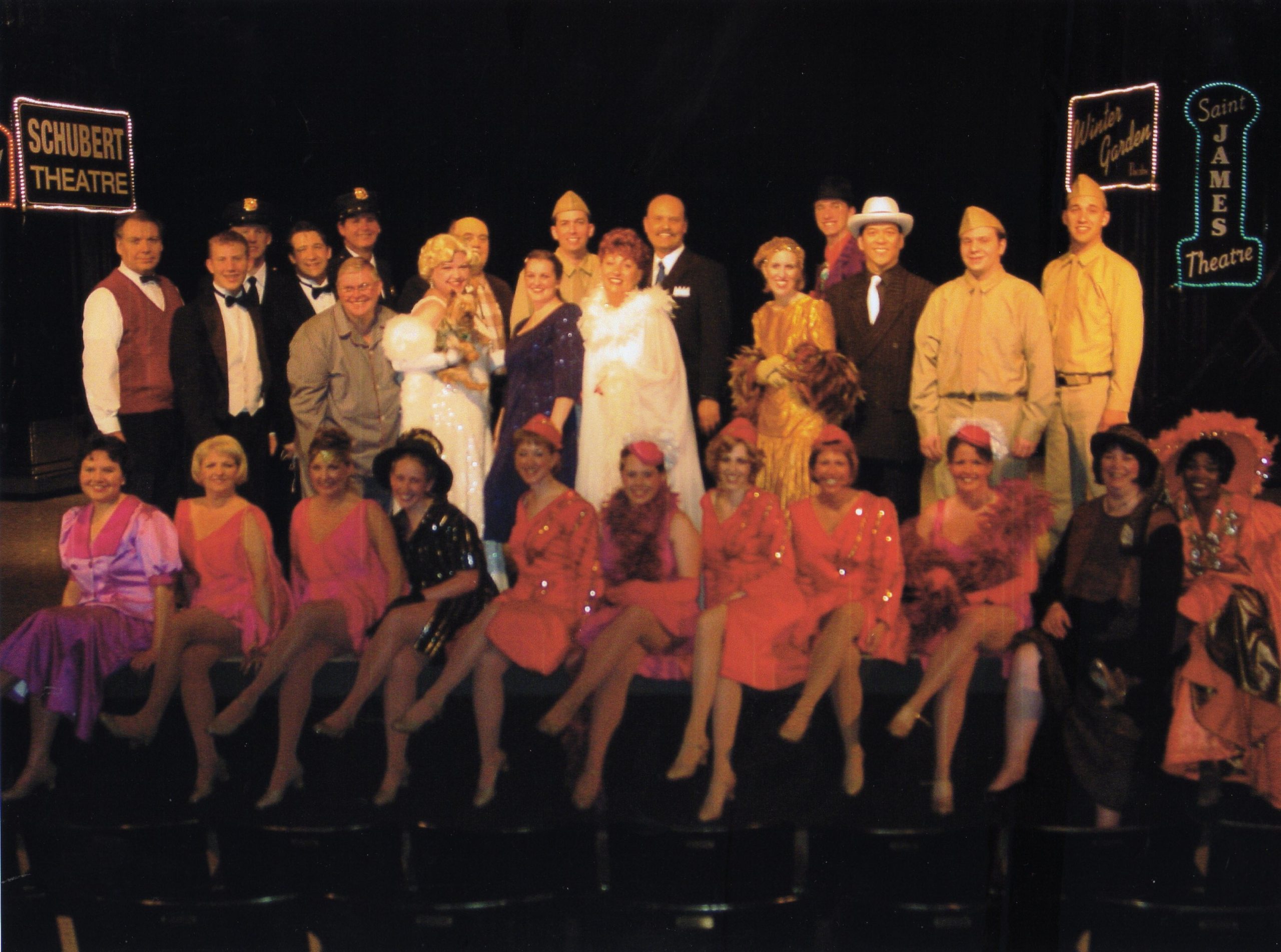 “42nd Street” tells the story of a humble, naïve young actress named Peggy Sawyer who has come to audition for a new Broadway musical. Unfortunately, due to her nervousness, Peggy arrives to the audition late and misses her chance to join the chorus. Luckily, Peggy soon catches the eye of the famous director, Julian Marsh, and he gives Peggy her big break. However, the show’s aging leading lady, Dorothy Brock, quickly grows to dislike Peggy. On opening night, Ms. Brock falls and breaks her ankle. Panic spreads through the company, as the show is doomed for closure, until it is suggested that Peggy take the roll. In only thirty-six hours, Peggy learns twenty-five pages, six songs and ten dance numbers and becomes a star.

Based on the novel Forty-Second Street by Bradford Ropes, Music by Harry Warren, Lyrics by Al Dubin, Book by Michael Stuart and Mark Bramble

To close out the celebration of “Alive and Kick’n,” audiences were about to come and meet those dancing feet. Players presented for the first time the classic musical “42nd Street.” Opening weekend Director Alan Wilson had to go on in an emergency situation to play the part of Pat Denning, suitor to the leading lady, Dorothy Brock. During one of the Sunday matinees, the power went out just before curtain time. A squirrel had accidentally gotten into the power box on the main line pole near the exterior of the building and met its demise. All efforts were made to get the patrons seating for the final Sunday matinee performance, or any other evening performances that had seats available.

This show received high praise for all aspects of the production. The reviewer noted, “You know that you have witnessed a successful production when at evenings end, the patrons are leaving the theatre smiling, humming and dancing their way out the exit doors, instead of sighing, grimacing and watch gazing that can occur with a less than successful production.” In the “42nd Street” program was the announcement of the 2003-2004 season, and the early-bird special that would save buyers $5.00 if purchased season tickets during the run of “42nd Street.”. The 80th season was a very successful season.