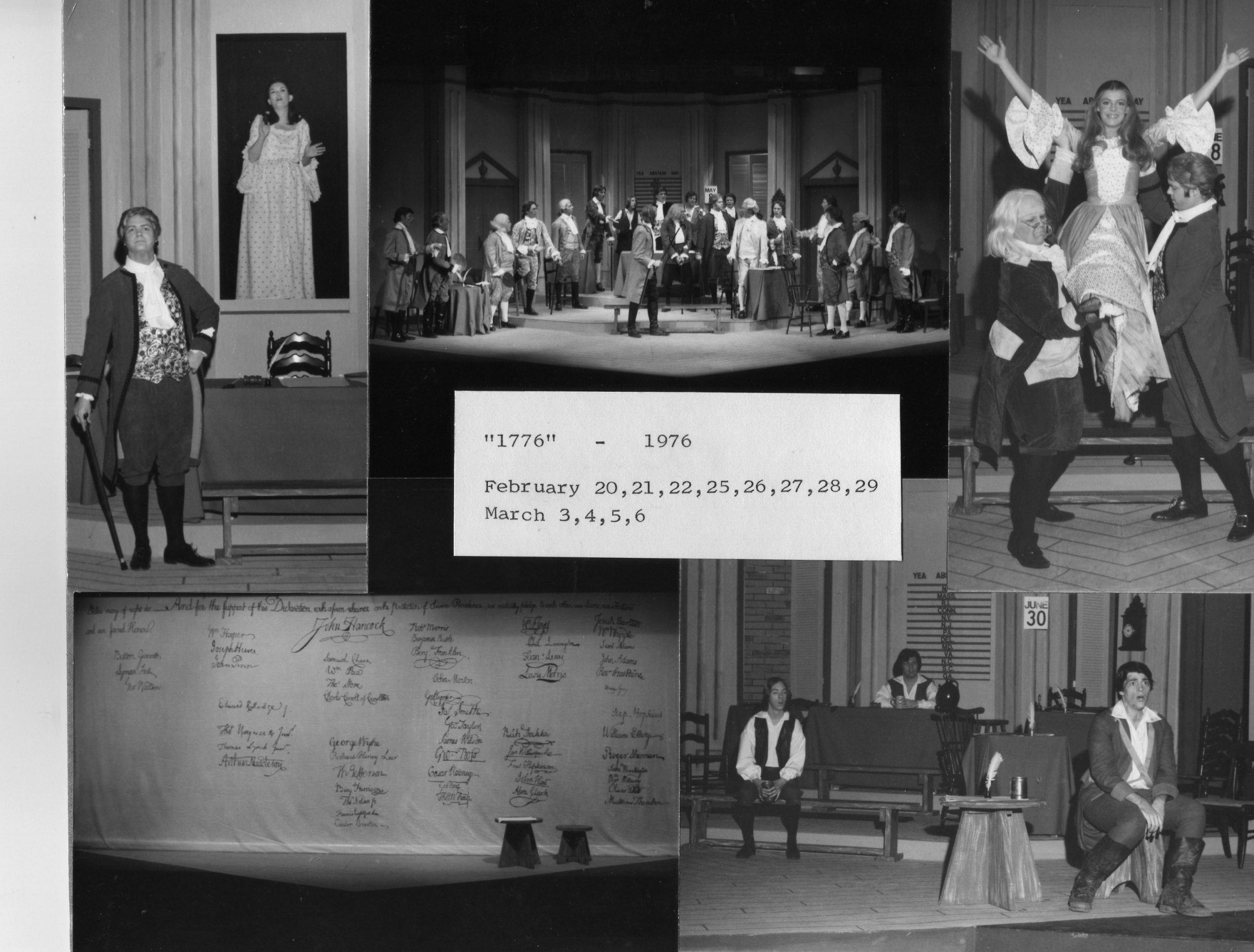 The seminal event in American history blazes to vivid life in this most unconventional of Broadway hits. “1776” follows John Adams of Massachusetts, Benjamin Franklin of Pennsylvania, and Richard Henry Lee and Thomas Jefferson of Virginia as they attempt to convince the members of the second Continental Congress to vote for independence from the shackles of the British monarchy by signing the Declaration of Independence.

The large numbers of requests for tickets for “1776” required the board to add two additional performances. “1776” was the Community Players’ offering as a part of the Bloomington-Normal Bicentennial Celebration. There were standing ovations for each of the twelve performances.

During one of the Friday performances, shortly before a large group number was performed before the intermission, one of the principal actors, quietly turned to another performer and spoke of the intense heat that was onstage. Agreeing with the actor, his fellow performer told him to sit and cool off a bit before they had to sing and dance, when suddenly the first actor collapsed into the second actor’s arms. The action of the play stopped while cast members helped get the fallen actor into a chair and carried offstage to the Dick Brown Green Room. A doctor was requested and upon arriving could do little as the actor’s religion forbade him from receiving medicine. Hot, strong coffee was substituted, and the musical director, also in costume, finished not only the song but the rest of the evening’s performance. The musical director finished the actor’s part during that weekend, and the original actor recovered in time to finish the run of the show.

As a part of his high school honors project in history, Dale Poynter, painted the Declaration of Independence’s last sentence and the signatures on a scrim that was lowed during the final scene as the famous document was being signed. The scrim had been stored carefully after that production and was again used in the revival of “1776,” for the 75th Season.