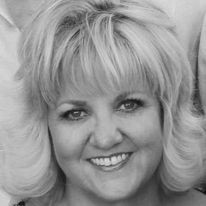 Carrie Anna Courtad (House Manager) is pleased to be on the staff in her first show with CPT. This is also her first of any show in over 25+ years that doesn’t involve one of her children. Carrie Anna received her BS in theatre from ISU and worked professionally in Chicago and London. She was a production and stage manager for London’s First One Person Play Festival for a fringe theatre and had an internship at the Royal Court Theatre. In Chicago, she also took classes at Second City and was a stage manager for Bailiwick Theatre. She retired from theatre to pursue her master’s degree and later her PhD in Special Education. She was a special education classroom teacher for six years in Austin, Texas then in Michigan. She is currently a professor in the Department of Special Education at Illinois State. She’d like to thank Cristen and Ashleigh for being so encouraging and for her husband Jim for his support.