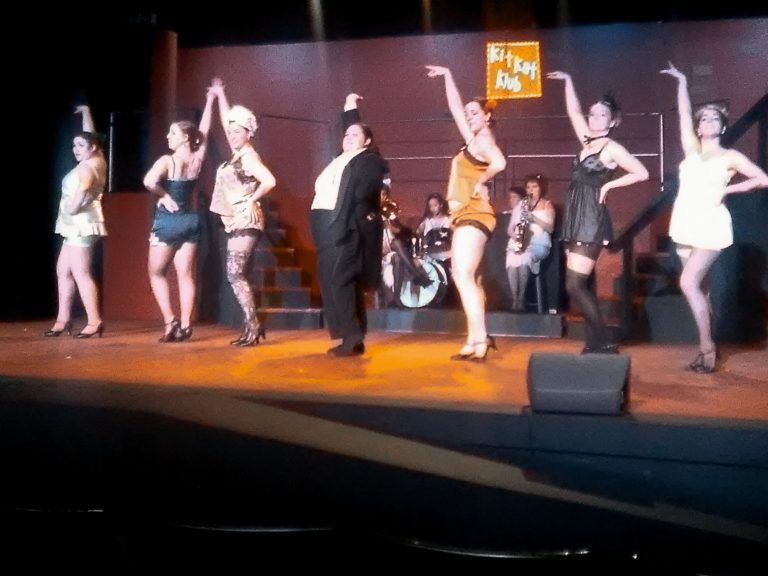 Come to the Cabaret on Robinhood Lane What good is sitting alone in your room? No good at all, not when you can come to Community Players’ production of the classic musical Cabaret. Cabaret, with book by Joe Masteroff, music and lyrics by John Kander and Fred Ebb, and original direction by the late, legendary Harold Prince, is set in early 1930s Germany, just at the end of the Weimar Republic and just before Hitler was appointed chancellor. An American, Cliff Bradshaw, has come to Berlin to try to write but instead gets swept up into the excitement of the Kit Kat Klub, where decadence and Nazism, hedonism and violence, come together in equal measure. He begins an affair with the exotic British singer Sally Bowles and soon finds himself torn between pleasure and responsibility, obliviousness and awareness, and the competing aspects of his own sexuality.
Read More

Announcing the Cast of Our Town

Announcing the Cast of Cabaret

Announcing the Cast of the Vrooman Mansion Murder Mystery

Announcing the Cast of the Vrooman Mansion Murder Mystery THANK YOU to everyone who came out to audition for the Murder Mystery that will be held at the Vrooman Mansion next month! You were all extremely talented, and we hope to see you all at future auditions! CONGRATULATIONS to the cast! Barney Campbell – Dave Krostal Gertrude Campbell – Lynda Rettick The Great Keytini – Austin Shaw Isabelle Caruso – Jessielee Hinshaw Plagiarism – Jeff Ready Dr. Maxime Meurtrier – Mary Ann Manos Ann Rand -McKenzie Landers Chef d’Aioli – Robert Collier Mr. Moneybags – Nick Seaman Maid-in-Training – Swati Khanna Butler-in-Training – Gabe Seaman
Read More
« Previous 1 2 3 4 5 6 … 40 Next »